After two weeks of “Am I going? Am I not going?”, I finally went, and here I am, one day deep into my Asian adventure. The 30 hours of transitory purgatory known as flying halfway around the world was surprisingly tolerable, and it only took me one airline connection to meet another New Yorker headed for a jaunt in these parts. Sam was my armrest bud from Dulles to Narita, and after enjoying a Sapporo during our Tokyo layover his friend was somehow kind enough to get the airline to put me in one of those extra-legroom seats for the final 7 hour stretch to Singapore.

I arrived at my hostel around 1 o’clock Tuesday morning and was quickly greeted by a fine gentleman named Duncan, a Scotsman living in Qatar, who was living up to his Scottish reputation and drunkenly offering me a drink. We made plans to meet at 9 for coffee, and so on my first day in Singapore and for him his last, we trekked a ways out to the last stop on the MRT and took a tour of the Tiger beer brewery. I learned next to nothing about brewing, but they did have a 45 minute open bar at the end, so there’s always that. 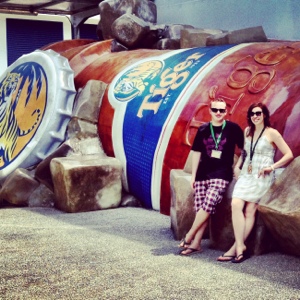 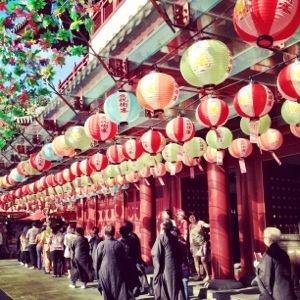 On the way back we stopped in Chinatown for grub and to wander some of the temples (there is a picture of me looking sad in the sarong they forced me to wear on my camera somewhere) and I insisted that we walk the entire way back via tourist map instead of hopping back on the MRT. That was truly the move though, as I quickly fell in love with this city and reconnected with my love for traveling, embracing every sweaty drop that beaded on my forehead and arriving back at the hostel with just enough energy to kick off my flip flops and collapse back into bed.