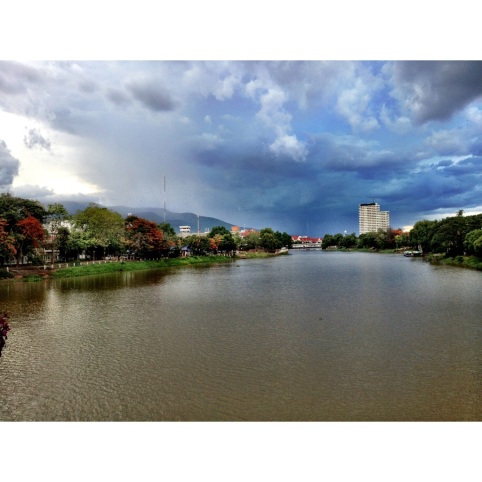 Chiang Mai looked lovely from the minute I stepped foot there. I was thrilled to be in this mountainous country gem after Bangkok, but my pace didn’t seem to be on par with other backpackers this time. 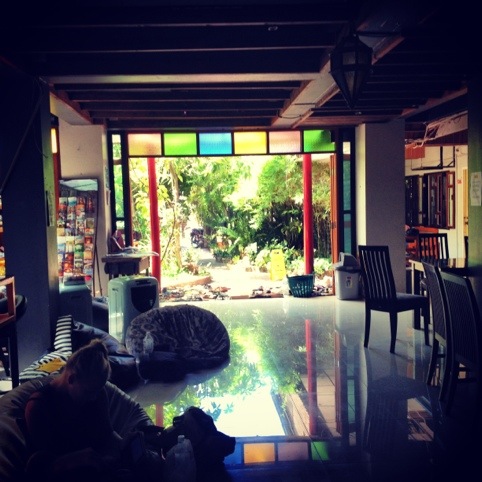 Northern Thailand is an excellent place to do hired tours – trekking for days, all kinds of elephant nonsense, hill tribe experiences, you name it – all expensive things that I had no intention of doing. These hired tours are an issue when you aren’t going on them – every tour group is it’s own clique, and if you’re just biding time in the same hostel not doing one, you’re invisible. Aside from talking to my bunkmates and a friendly Brit I kept bumping into on the street, I met no one in Chiang Mai. Snore.

I was especially determined to make the most of my time in the area despite my shoestring budget, but it wasn’t coming as easily as I’d hoped. Even to hire a short ride to some areas outside of the city limits had a high price tag which made me sad. I missed Cambodia and my cheapo tuk tuk drivers. I don’t even know where to begin here.

I won’t bother boring myself by telling anyone how far out of the way I walked trying to get to Doi Suthep (the nearby mountain with a buddhist temple and panoramic views of Chiang Mai) but it was awful. I wasted an entire morning, then eventually arrived there on the back of a songthaew for a bogus 500 baht. The hassle was worth it fortunately – even the ride up the mountain gave me chills. Perhaps here it was a better place to be alone. 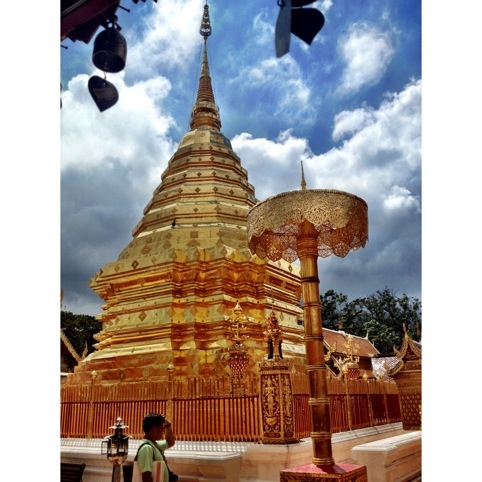 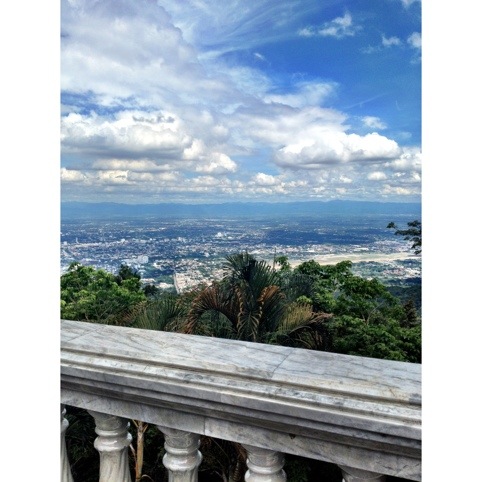 Later in the evening I walked to the Tham Boon Khan Dok festival at Wat Chedi Luang. If this was the only thing I got out of Chiang Mai, it was still worth it. The festival is uniquely Chiang Mai as it’s a blessing for the city pillar. As I approached the area, the hum of the monks praying was loud, there were stalls everywhere for locals to buy flowers as their offering. The entire experience was very surreal and I walked the whole area feeling completely unnoticed, like a fly on the wall peering into a day in the life of these Thai people. The 14th-century temple was the center of the festival and thr most impressive I’d seen, with its illuminated animal statues surrounding the complete perimeter.

Chiang Mai seemed to have many hidden wonders but I wasn’t too sure where to find them. After two days I couldn’t put any more time into this city and I really wanted to get to the islands. Thailand has felt so touristy that I didn’t mind continuing the trend but instead on the relaxing tip. Time to even out this tourist tan with some real beach rays.