While my research on Panama was small, one thing I did diligently read was Hostel World reviews. Whoever wrote the sub par review on El Machico Hostel but praised the trip arranged through them to San Blas had me sold though – when I saw the pictures of San Blas Islands I knew I had to go. If El Machico had enough bathrooms itself hardly mattered.

Spending my entire first day blasting through everything there was to see in Panama City was of benefit when it came to getting out to the islands. As soon as I was checking in to El Machico I was already asking about San Blas, and, I know I have booked two nights here, but, can I leave tomorrow?

Si! I could leave, but now I was faced with the decision of which island I wanted to travel to. The staff gave me three choices and I felt the anxiety of Goldilocks choosing one that was “just right”. The description offered of each wasn’t much, so deciding on the best left a bit to my imagination. The first (Ina’s Island) was cheaper and “has a little of everything”, the next (Diablo’s Island) was pricier and apparently very nice (another sort of nondescript word), and the last (Chichime) was farther out but “the best”, an adjective that doesn’t mean anything when you don’t know much about where you’re going. I struggled a lot with the idea that Chichime might be mostly couples and Diablo and Ina’s might be more backpacker-friendly, but in the end I chose Chichime regardless; I wanted the best(!) beach, whether appropriate for a backpacker or not. I planned on going to Bocas Del Toro for liveliness a few days later, so I surrendered to the fear of being completely alone, without phone or Internet or electricity for at least a day, and if even if I was surrounded by couples, that was okay, because I am coming here to trust I’m okay with solitude, I have my book, and I just want to read it, and this island is “the best”(!), and being connected is such a bitch anyway.

I hate that I had this dialogue with myself, but I did.

It was still my first day in Panama, yet I turned in around 11pm after packing just a small hand bag of things to take to the island: essentially, a change of clothes, a bathing suit, toothbrush, and towel.

My 5am wake-up to catch my 2 hour 4×4 shuttle to the boat was littered with both actual and rhetorical questions: Why am I getting up this early on “vacation”? Am I going to survive this trip without breakfast? So, where are you guys heading today?

The last one I asked two German gents who I was surprised to hear were also heading to Chichime, though on a different shuttle. 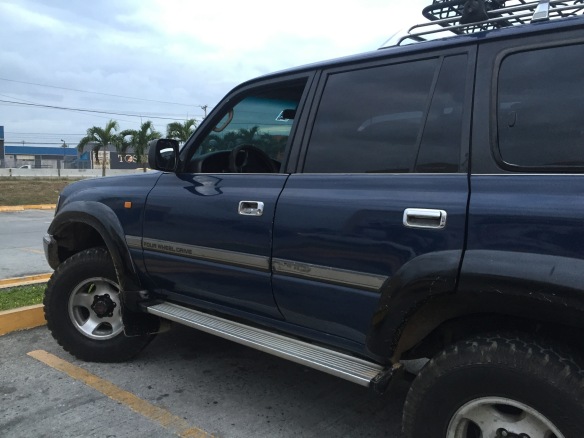 The 4×4 car to the boat launching is an interesting ride: 7 passengers plus driver, and the way back seat not really big enough for anyone with legs (read: me). All the drivers stop at a supermarket on the way for travelers to pick up libations for the island, such as snacks, water, and obviously alcohol. Meals on the island are provided and I had no idea what food to bring. I felt weird buying booze at 6am, but obviously not weird enough. Beers and alcohol in my cart anyway. Shrug. Judge on.

After a sort of unspoken standoff, the grocery stop concluded with me being relegated from a fairly nice seat to the way back thanks to a Swedish passenger who smartly decided to play dumb and just never get in the car. If I learned one thing in Panama it is that for the sake of nice beaches, I will attempt to mold my body into the shape of a pretzel if that means that’s the only way I can politely be transported there. 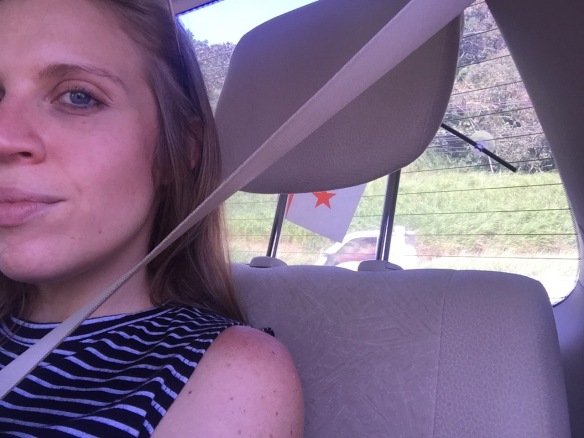